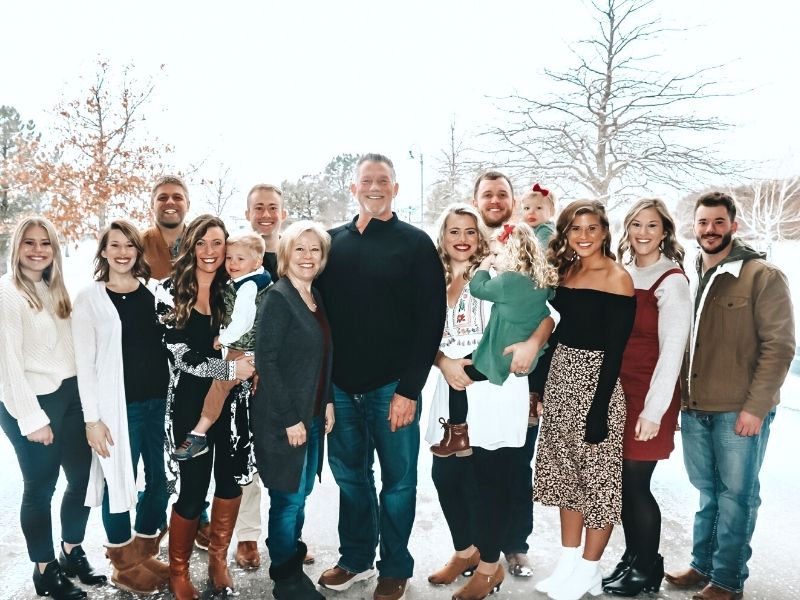 A Life Spent Helping Others

This month, we’re turning our KidneyCAN Spotlight on patient Shari Stonacek, an advocate in our community who is living with stage IV kidney cancer. Her story is inspiring!

Shari is 56 years old and lives in Nebraska. Shari worked as a registered nurse for 35 years, primarily in the ICU. She has been married to her husband Troy for 35 years, and they have seven children, three of whom are married, and four grandchildren. They are thrilled to welcome a fifth grandchild in March 2022.

Shari was diagnosed with kidney cancer when she was 54. At the time of her diagnosis, she and her husband had just become “empty nesters,” as their children ranged in age from 18-29 years old. Shari had no risk factors and only vague symptoms, including fatigue and a vague burning in her stomach. Shari’s doctors thought she perhaps had a stomach ulcer and had been treating her for that.

One day, Shari suddenly felt faint and experienced heart palpitations during her daily spin class. She also had pain in the right side of her chest and shortness of breath.

A chest CT in the ER showed multiple bilateral pulmonary emboli, as well as the tip of a clot in Shari’s inferior vena cava (IVC), which prompted a CT of her abdomen. Shari recalls: “I placed multiple requests for an abdominal CT and thank goodness, an NP ordered it for me.  This showed a large tumor in my right kidney, extending through my renal vein and up my IVC. The tumor was consuming 70% of my IVC, thus the reason for my fatigue. My tumor had been throwing tumor thrombi to my lungs.”

After resolution of many complications, Shari had an extensive open radical nephrectomy for advanced stage III kidney cancer. Within three months, however, scans revealed metastasis to her lungs, and she was diagnosed as stage IV. Shari explains her continuing treatments: “I have been on Keytruda/Inlyta, Avastin (bridge to clinical trial), IL2 + Entinostat (clinical trial), and am now taking Cabozatinib.  In addition to my original surgery, I have also had three sessions of SBRT (stereotactic body radiation therapy) to metastases in my lung, liver, and T12 vertebra.”

Despite these challenges and her ongoing treatment, Shari has been an active and vocal advocate for the kidney cancer community. She is engaged with KidneyCAN’s advocacy events and has spoken to her Congressional representatives both in Washington, DC, and via Zoom since the pandemic began.

Shari says that advocating for research funding is meaningful to her because it’s “an opportunity to have an impact on a higher level.”

Read on to hear more of Shari’s inspiring story, along with her advice to newly-diagnosed kidney cancer patients. 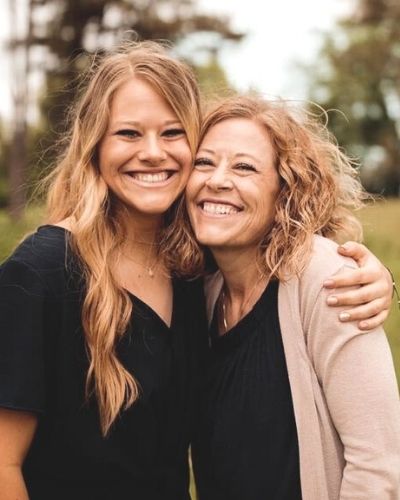 Shari with her daughter Joycin, 21, a college senior majoring in Biology. 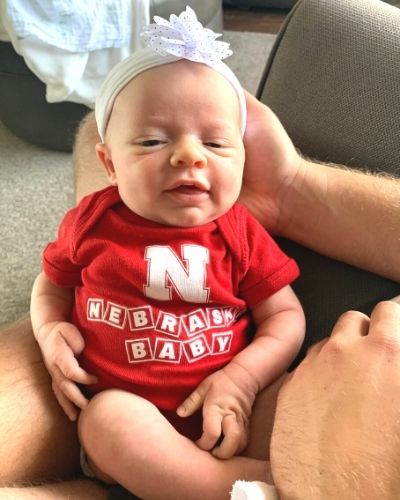 The Stonacek family welcomed their fourth grandchild, Scottlyn, this year.

What would you like doctors to know about the kidney cancer patient experience?

“Being diagnosed is overwhelming and an exhausting process for the entire family.  My healthcare team, my family, and I work together to determine the best treatment plan for me. Including the patient in the decision-making process is critical for the patient/physician relationship.  RCC patients need to have positivity and encouragement to offer hope for their future.  Help them find a reason to live.

Refer to palliative care early on in the process, especially when side effects are difficult for the patient.  Explain that the goal is to control the side effects so the patient will attempt to stay on treatment for as long as possible.”

What is one tip or bit of advice you would give to someone newly diagnosed with kidney cancer?

“Lean on others when you don’t feel strong enough to stand on your own. Reach out for help, including a therapist, if needed.

“Learn as much about kidney cancer and the treatment options available to you.

“Find the nearest RCC specialist and consult with them as soon as possible.

“Consider participating in a clinical trial. You may have to do some of your own research at clinicaltrials.gov.” 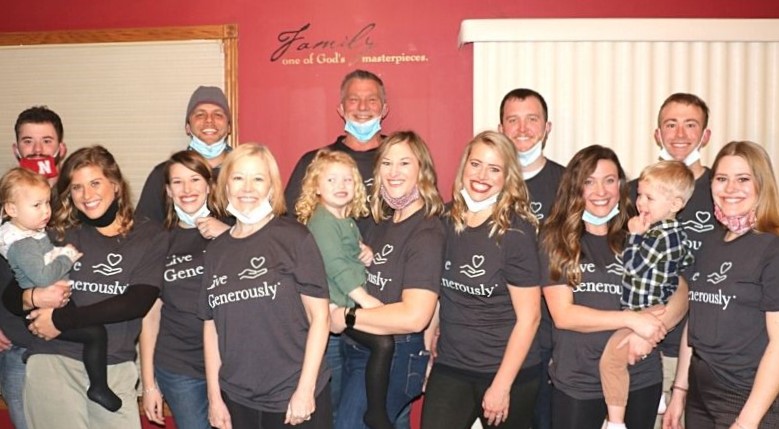 The Stonacek family held a fundraiser for KidneyCAN this year. Want to do this too? Check out our resource page.

What made you decide to advocate for kidney cancer research funding?

“Advocating is one way that I can feel a sense of control. It allows me to share my story to increase awareness about kidney cancer. Being a part of something for the good of others empowers and inspires me. I share my story to emphasize the importance of developing a screening process for early detection of this disease. Early detection saves lives, and I want to be a part of this solution. 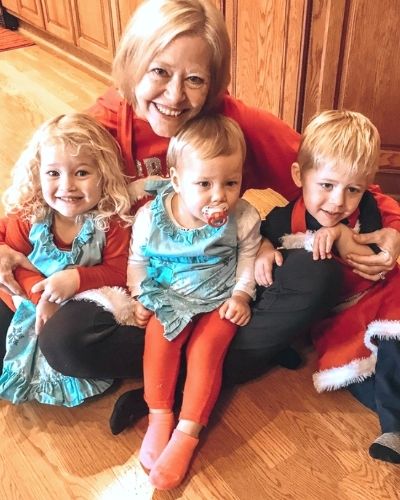 Shari with her first three grandchildren (from left): Vivian, Mabel, and Landon.

What is something that motivates or inspires you on harder days?

“For me, having events to look forward to helps take my mind off my cancer diagnosis.  A full calendar keeps me busy and helps my mind to not drift to the “dark” and think negative thoughts. Staying alive for my children and grandchildren is a true inspiration for me.  I set goals to be alive for special events happening in my life.

“I relentlessly fall back on my faith; I believe that God has a divine plan for each of us.  I try to stay positive, knowing that every situation is a win-win.  If I live on earth, I am with my family and friends.  When it is my time to go to Heaven, I will be with my heavenly family and friends, in a place with no worries.”

We at KidneyCAN sincerely thank Shari for telling her story and offering her insights to our community. What a gift your are to all of us, Shari! Thank you for your advocacy.

Stay in the loop with KidneyCAN news and research! Subscribe to our newsletter here: 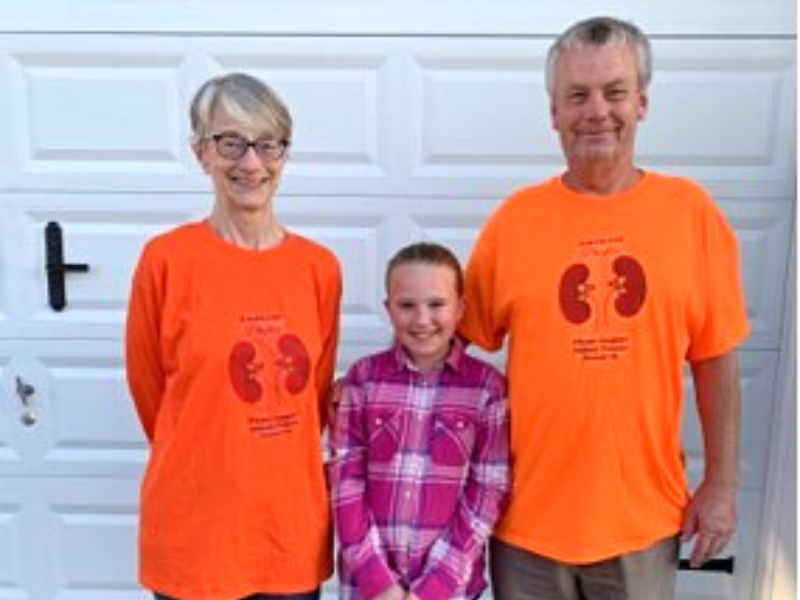 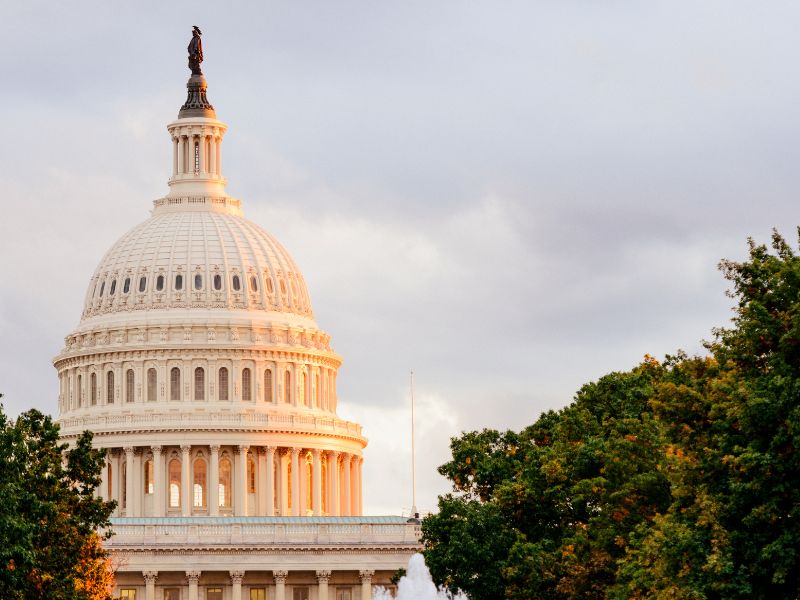 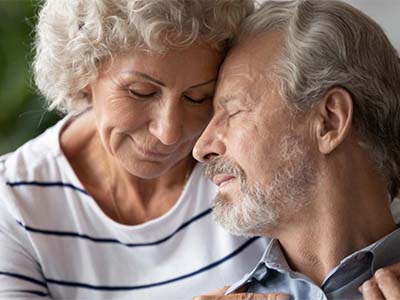 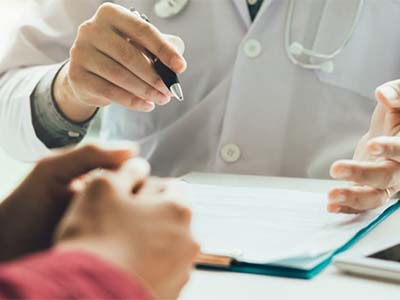 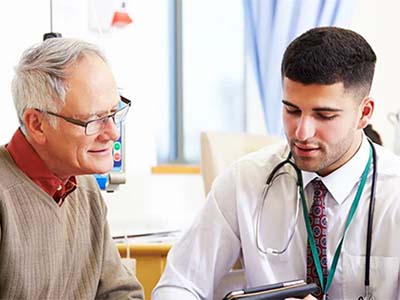 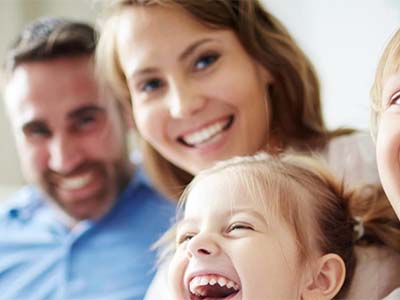 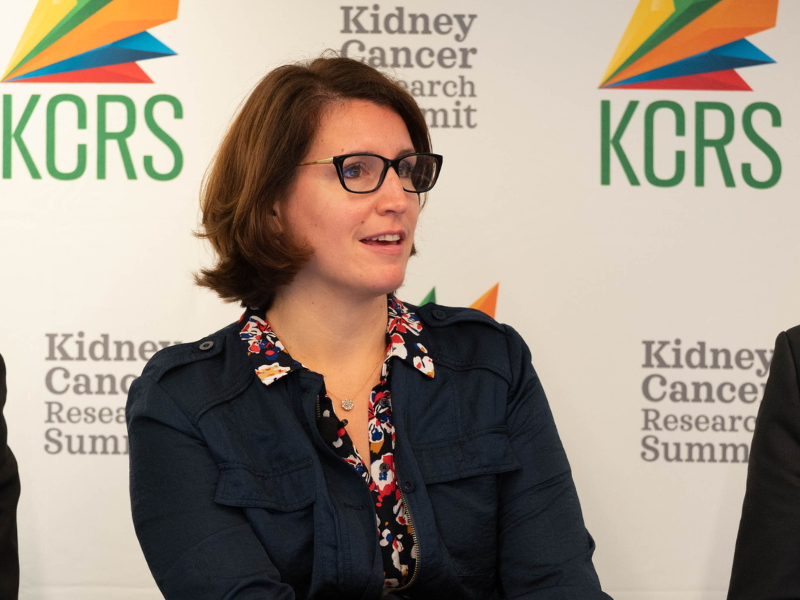